My grandfather was John Alexander Hope (I was named after him). He was also Lawrence's brother. I was raised until the age of about 10 in the house of my great-grandfather which was then at the foot of Poincaré Street. I believe the address was 11971 Poincaré. While we lived there it was owned by by my great-aunt Kathlene or Catherine (my mind is foggy for her name as I never met her). She was at the time a patient at the Douglas Hospital.

The house was South of De Salaberry while the dairy was just North of de Salaberry between Poincaré and Gouin. Most of the other houses on our street were occupied by the dairy workers and drivers. The dairy was being operated by Earle and Kyle Hope (my second-uncles), Lawrence's sons. Earle Hope was elected in 1967 as President of The Montreal Dairies' Association Inc. Before we moved in 1955 or 1956, I went to school with my second-cousin Laurny (Lawrence, the grandson).

He and I would get tubes of the milk bottle tops from the dairy and use them to play at school. They would be tossed against the walls (like trading cards in the later years) to win other bottle caps. Needless to say we used to win most of the other boys' bottle caps. I have many memories about the dairy but it would make this email seem like a book. When our family moved to Laval-des Rapides about 1956, I lost contact with my second-cousins and second-uncles. That was a shame! The dairy was the last to have home delivery on the Island of Montreal. It was bought out by Sealtest in the 1980s and promptly closed down.

From what I was told when I was young, my great-grandfather came over from County Cork, Ireland sometime in the 1850s at the time of the potato famine. He set up at dairy farm in Bordeaux. He used to sell his milk from a tank on a horse drawn cart. The  housewives used to come out with pitchers (no milk bottles then) and he would fill them up from a spigot (tap) on the tank. I believe that some of the farm was expropriated to build Bordeaux Jail. Our fence was common to the jail yard and I remember convicts working in the jail yard. I don't know when the dairy was built. - Source : John Hope 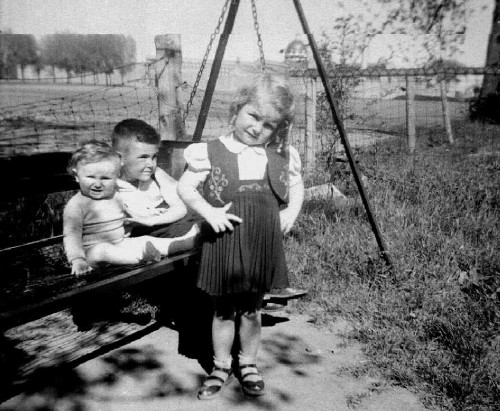 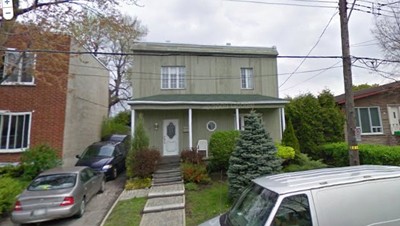 The house as it stands today. (From Google Street View).

Pint and half pint - Denis Morin
(Lozenges around the neck on bottles!)
42mm cap - Paul Conner 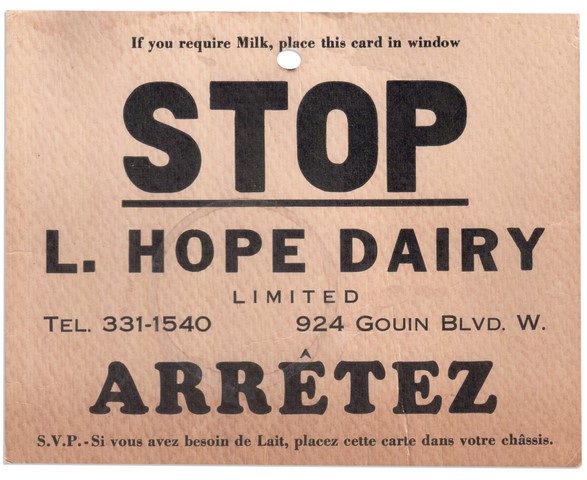 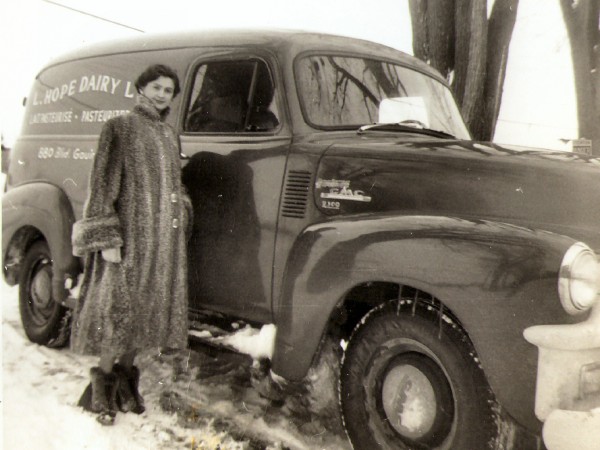