In April 1947, Georges and Camille Duhaime took the train from Nicolet to Sorel. They walked on to the Turcotte bridge and examined sites where they could buy a lot on which to build a dairy. They met Gaston Martel, the St-Joseph de Sorel parish priest. At that time, it was considered an honor to be seen with the parish priest. They looked for a lot with him. There were some on St-Rock road, on St-Gerard street and Grande-Rivière.

They had noticed a lot on Beatrice Street and this was the one they were interested in. They knocked on Mr. Elzear Cournoyer's door and purchased the property. On April 18 1947, they obtained the permit to build a dairy. They bought a hammer, a shovel and some other tools. They dug a foundation 30' X 40' X 6 feet deep with a shovel. They were going to the military camp by bicycle to get their supplies. For the larger supplies, Mr. Romeo Leclerc was renting them his truck. It was during the war and machinery was scarce. They were in communication with the Laval Company and it took several months to receive the machinery. Camille met several milk distributors. Mr. Leo Ethier and Ernest Bourgeois were the first distributors.

Milk was sent to Nicolet via the 11 a.m. train and was returned bottled, via the 6 p.m. train. The tins contained 80 lbs of milk. The Nicolet Dairy was in charge of the pasteurization and the bottling. The first day, they sold 65 quarts of milk. The factory that was situated at 28 Beatrice Street at St-Joseph de Sorel was waiting for the machinery. For the first year, Georges and Camille had the same run. In Spring 1948, they finally received the first machinery. They also hired Mr. Roland Bacon as milkman. The run's price was about 1000.00 $; this included the wagon, the horse, the crates and the bottles. The price of milk cost 9 cents per quart. In 1949, the work increased, they therefore needed other distributors. They had wagons built by Alfred Lafleur and bought some horses. In 1958, they bought Betford trucks at a cost of 1500.00 $ from the Dandurand garage. 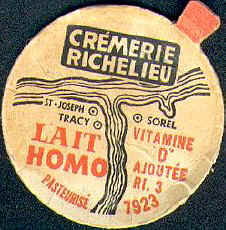 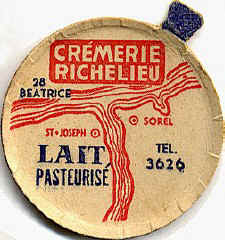 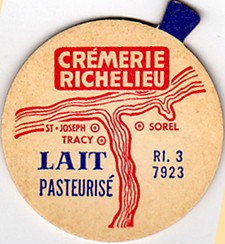 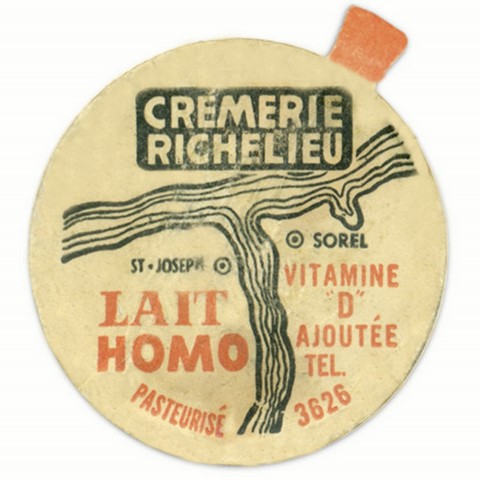 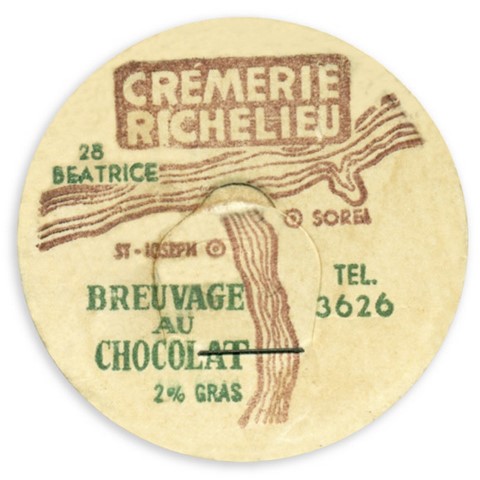 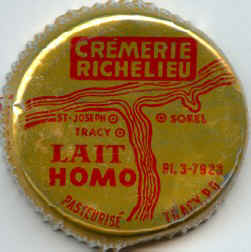 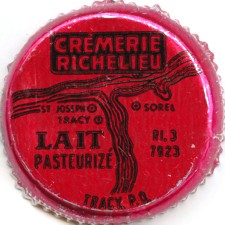 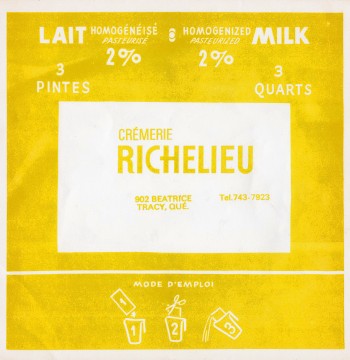