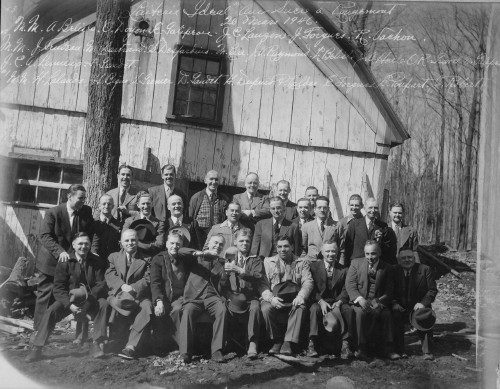 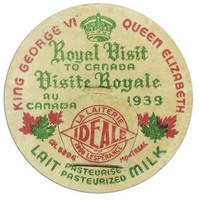 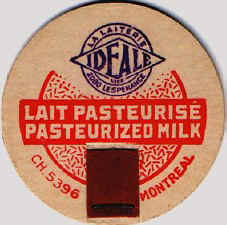 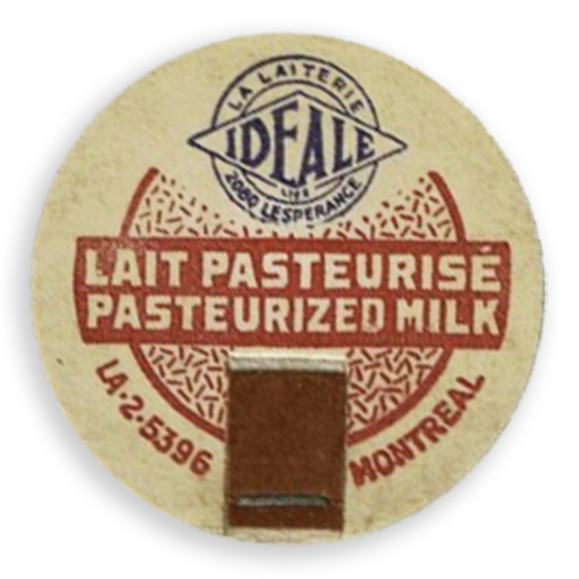 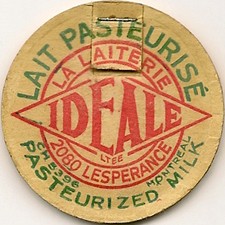 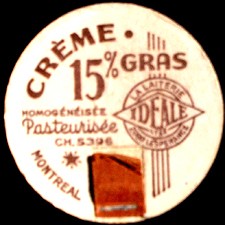 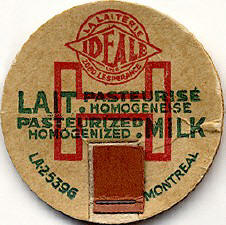 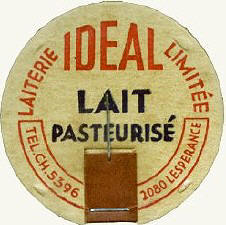 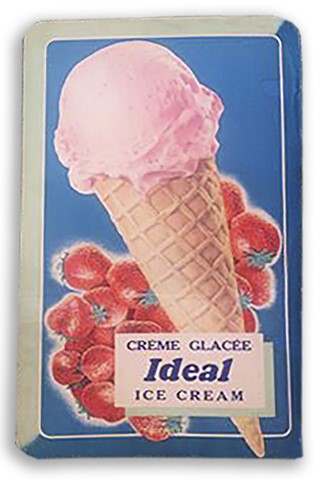 In the Lovell's, from 1926 to 1931, we can find the names Donat Gaudet with his three associates
(Marcel Bélisle, J. Aimé Raymond et Émile Forgues) appearing at the address 2221 Dufresne Street in Montreal.

In early 20's, Mr. Donat Gaudet started to sell milk. At first, he was working alone to bottle the milk in the basement of his house and going to sell it. It's only in 1928 that the "Ideal Dairy" appears for the first time in "Bell Canada Yellow pages directory"

In early 30's, three other milkman came to join him. It was Mr. J. Aimé Raymond, Emile Forgues with his own bottles and Mr. Marcel Belisle. That's the way the "Ideale Dairy" started.

The dairy was selling the milk in a large area of Montreal. During the war, the business was very difficult and a rough competition was all around but in spite of this situation, the hard labor and the good management made the dairy to operate under Gaudet's management till 1965. That year, Fernand and Maurice Gaudet sold the dairy and two years later, Sealtest acquired the business. 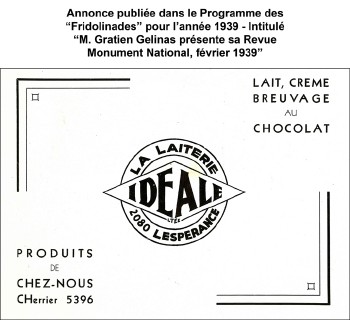