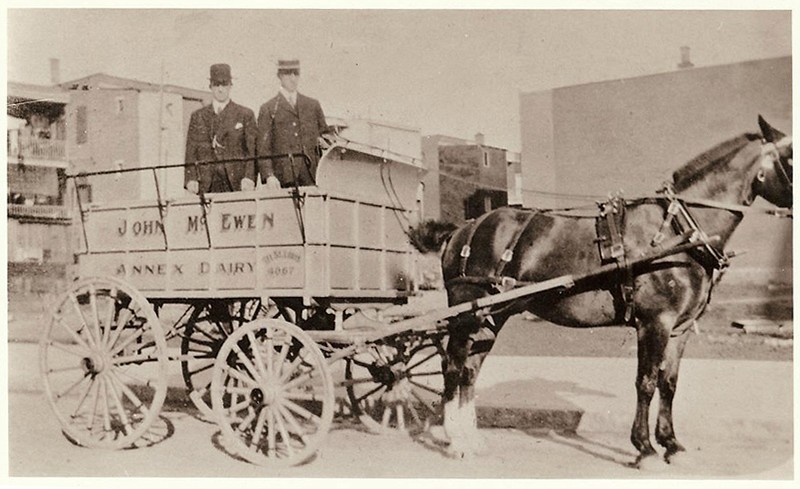 John McEwen is buried in the Georgetown Protestant Cemetery in Howick. I believe he died in July 1914, after which the dairy was sold. Here is a picture of one of the delivery wagons, possibly taken near the Outremont address. Note the name and phone number. Would appreciate it if anyone could identify the two men standing in the back. One of them might be my father, Donald Lockerby McEwen. Alan McEwen