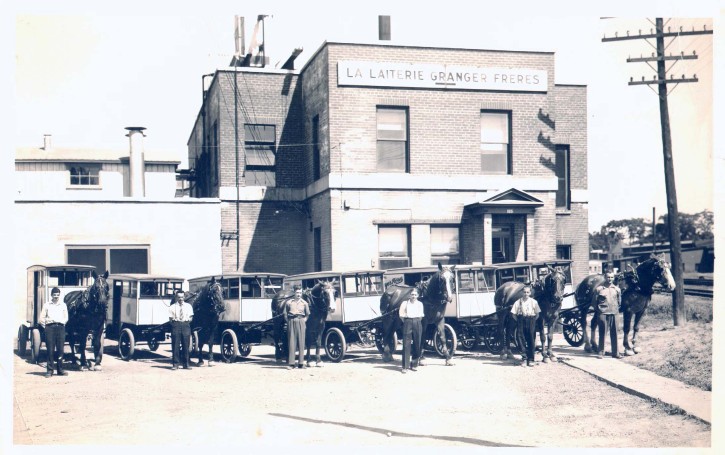 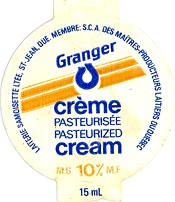 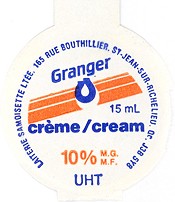 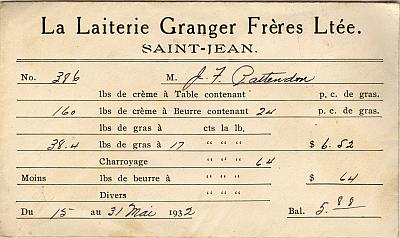 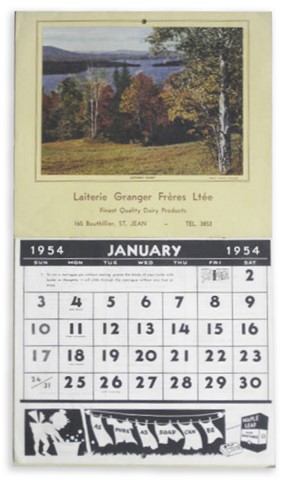 In 1921, Louis-Philippe Granger from Saint-Jean-sur-Richelieu bought a "milk route". That was the biginning of the Granger Dairy. It was situated at 165 Bouthillier St. in St-Jean. Right from the start, Mr. Granger introduced the delivering of milk in bottles! 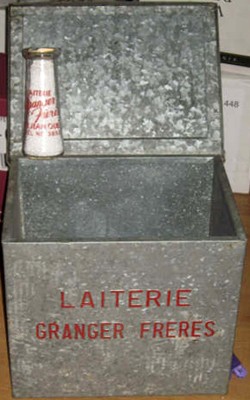 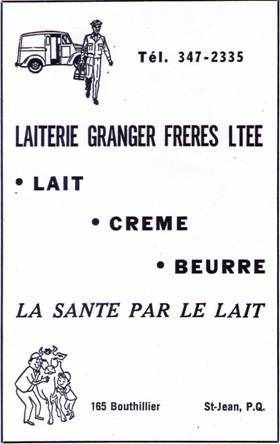 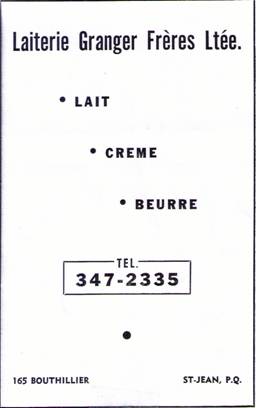 Advertisements are from Charles Mailloux 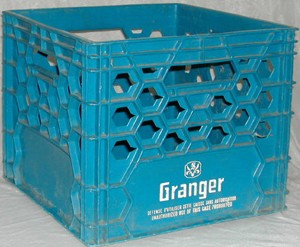